Resetting the password on a Cisco Catalyst 2940 Switch - (Hint: It doesn't involve sending a break)

I recently got frustrated with the crappy "smart" switches in my network so I replaced them with second-hand Cisco hardware. Because no one got fired for buying Cisco, right?

It turns out I don't need 1Gb/s to things like VoIP phones and my Blu Ray player, so I could get away with older models with 100Mb/s ports and a single 1Gb/s uplink, like the WS-C2940-8TT-S which are available for £25 and fan-less, with something beefier as the "core".

Whilst I was getting it configured I figured I should probably have a go at performing the password reset. For some reason I had it stuck in my head this entailed sending a break signal whilst it was booting to get into ROMMON, and then changing the configuration-register to ignore the config stored in the NVRAM when it booted. After desperately sending break signals, swapping console cables and generally swearing at the thing I got around to RTFM and realised I was doing it wrong... it seems the whole break into ROMMON thing is the procedure for another router I own, but not the Cisco 2940. Doh!

There's 1000s of guides on resetting Cisco switches. I'm mostly just writing this to commit it to memory and so I can look back on it next time I waste an hour send break signals to a switch. 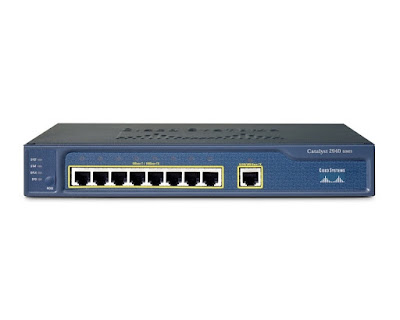