Connecting a Telephone handset to a USB Sound Card

I have a bit of a thing for ruggedised telephones like the ones you see on railways and industrial settings. In the UK the main manufacture is Hubbel, formerly Gai Tronics, formely DAC...

Their phones cost a fortune new but occasionally pop up on EBay for reasonable prices, however they're usually in some state of disrepair and spare parts cost a fortune. £200 for a replacement handset for a £600 phone. Yikes! (Incidentally I suspect this is why the end up on EBay, it makes more sense to buy a new one than try to get spares)

For a long time I've wanted to create my own custom internal controller to replace any that are broken, with the added bonus of converting them to SIP. I had some concerns about interfacing the handset / reciever with a soundcard as telephones generally operate at a different impedance to your average speaker and microphone, so I connected one up as a proof of concept.

I've recently been listening to Pirate and "DX" FM Broadcast radio so I purchased a BG7TBL 88-108M FM BPF Band Pass Filter Ebay and stuck it on the NanoVNA to check it out.

It tested out well, with less than 2dB loss in the passband and 30dB rejection below 50MHz and above 145 MHz. Not much else to say about it, I'm just sharing here for posterity. 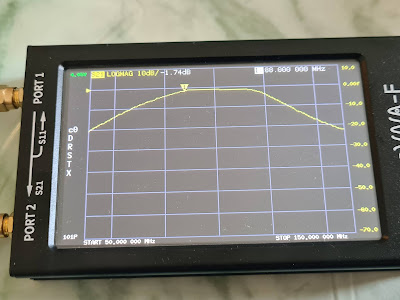 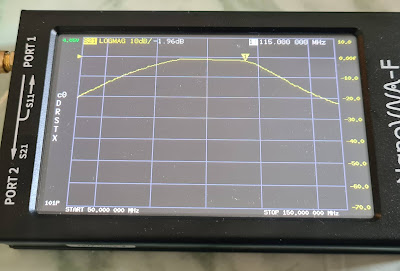 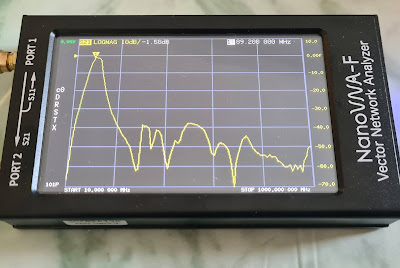