As you may have guessed from previous posts I have a thing for phones. Recently someone on IRC going by the name of gannymac posted a link to a Polish shop / museum / thing with a bunch of interesting phones on the wall that they stumbled across whilst looking for information on Pin Ball machines. They did some digging and found out the phones were made by Telkom Telos in Poland

After falling in love with the handset hook mechanism I knew I had to have one so I put the feelers out and found a few on Allegro, a Polish online market place. But that only solved half of the problem, how would I get it to the UK? Fortunatly a friend was over there for a month so they very kindly arranged getting it to the UK for around ~£85 in total.

And here it is, one of the older ATP-1 models:

Some people might say I own too many phones. Those people are wrong. I've got a small collection of  Gai-Tronics phones and recently got one of the speed dial memory ones for £20. It's missing the handset cradle, so it's not quite fully operational.

Before I got around to testing it I saw a post on a forum stating that the memory speed dial versions of these phones tend to die prematurely. Someone else suggested it might be due to a dead battery.

I hooked it up and whilst inbound calls worked fine, sure enough the speed dial button didn't work. Hmm. Time to take it apart. 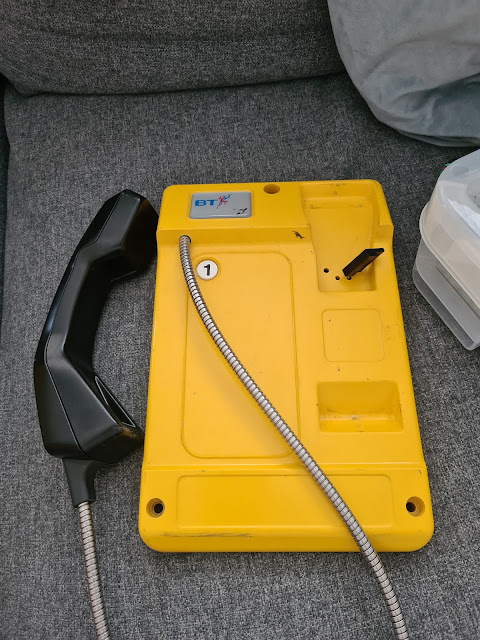