As you may have guessed from previous posts I have a thing for phones. Recently someone on IRC going by the name of gannymac posted a link to a Polish shop / museum / thing with a bunch of interesting phones on the wall that they stumbled across whilst looking for information on Pin Ball machines. They did some digging and found out the phones were made by Telkom Telos in Poland

After falling in love with the handset hook mechanism I knew I had to have one so I put the feelers out and found a few on Allegro, a Polish online market place. But that only solved half of the problem, how would I get it to the UK? Fortunatly a friend was over there for a month so they very kindly arranged getting it to the UK for around ~£85 in total.

And here it is, one of the older ATP-1 models:

When it arrived I hooked it up to an ATA and tested it out. Dialling out worked fine but initially it didn't ring. On closer inspection a wire to the ringer had become detatched from the PCB so I soldered it back on and it began to work.

Unfortunatly the spring in the hookswitch has aged so doesn't  always go off hook when the handset is removed. I plan on swapping it for another microswitch soon.

Also the original sealant around the keypad and LED appears to have failed so if you end up with one of these phones and intend to use it outside, it's probably replacing with some neutral cure silicone. 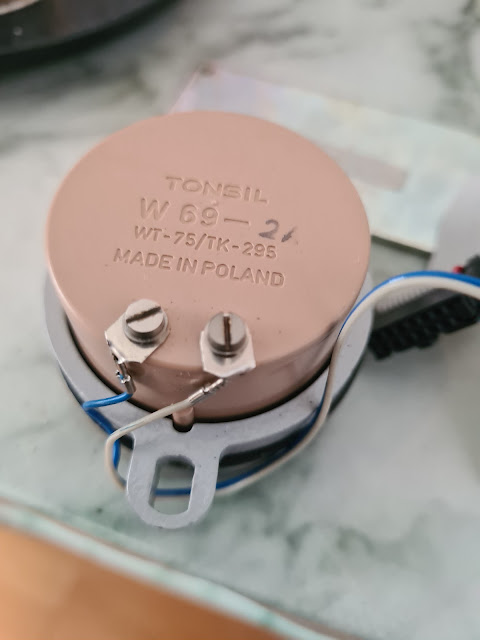 The rear of the ringer. Despite its large size it's not SUPER loud - just normal loud.