I've wanted to build a PID temperature controller for a while. It's essentially an intelligent thermostat that carefully maintains the temperature, with a low hysteresis and minimal overshoot. They're used for all sorts of things, like sous vide cooking, brewing, reflow solder ovens, basically anything where accurate temperature control is required.

I've recently done some experiements with Retrobrighting (bleaching) old discoloured ABS telephones. The original method involved using a source of UV, such as the Sun, but more recently people have had good results using heat, which finally gives me an excuse to build a PID temperature controller.

This post isn't a detailed tutorial. Just some food for thought if you're constructing your own. 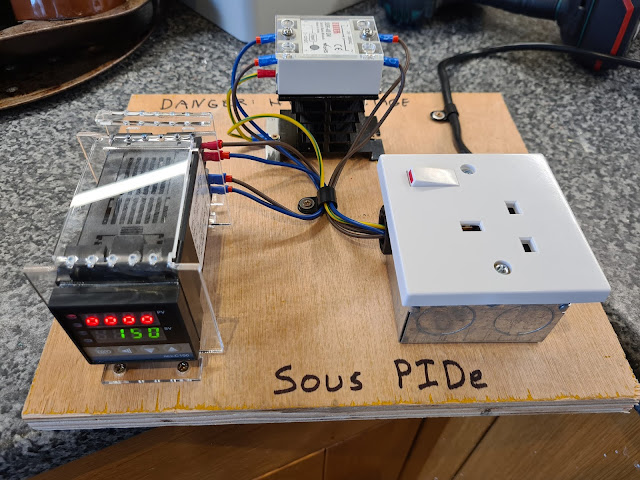 Sous PIDe - A PID based temperature controller
Read more »
at 20:45 No comments: