I've been doing some experiments with Retrobright recently, a process which uses Hydrogen Peroxide to bleach plastic back to it's original colour. Firstly I experimented with how temperature and concentration affected the bleaching process (link), and once that was complete I experimented with how time affects the process (link). I didn't make any groundbreaking discoveries but I've settled on using 3% H2O2 at 40°C without any laundry oxidizer going forward.

As I still had the equipment out and surplus H2O2 I thought I'd bleach an entire phone. I've bleached phones before but I'm terrible at taking before / after photos but this time I remembered, just - you'll notice the before picture is missing the handset cord because I forgot to take a photo before starting to strip it. Doh!

I picked this phone up along with another for a grand total of £5. I intended to strip it for spares but as it turned out to be an "8746" (It already has the required mods to work on a modern line) I thought I'd keep it intact. Here it is pre-bleaching. It's very, very yellow. 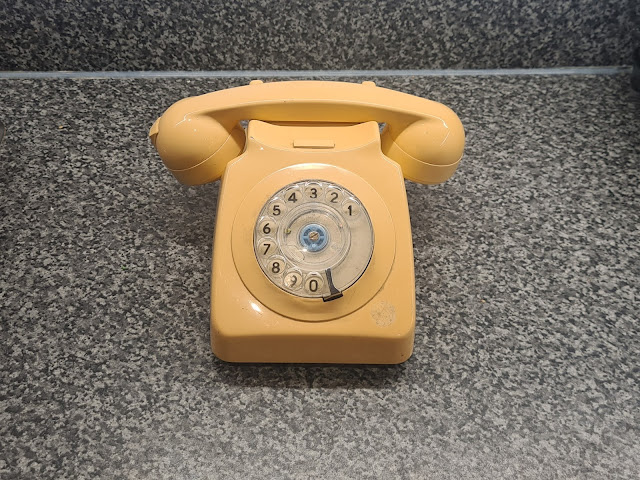 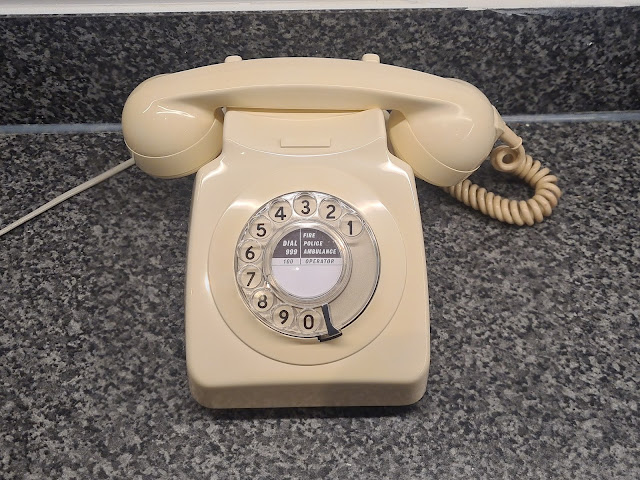 As you can see it made quite the improvement. Full disclosure, the colour is not entirely even and possibly a shade lighter than it was originally - I think you have to make a call on if you prefer the yellowed look, or a lighter, possibly uneven appearance.